“Kompeito” Filled with History and Wonders

With its colorful and pretty appearance and a sweetness that somehow evokes a sense of nostalgia, Kompeito candy is popular as a snack and gift. Each wondrously shaped piece of Kompeito is filled with history that dates back 500 years. 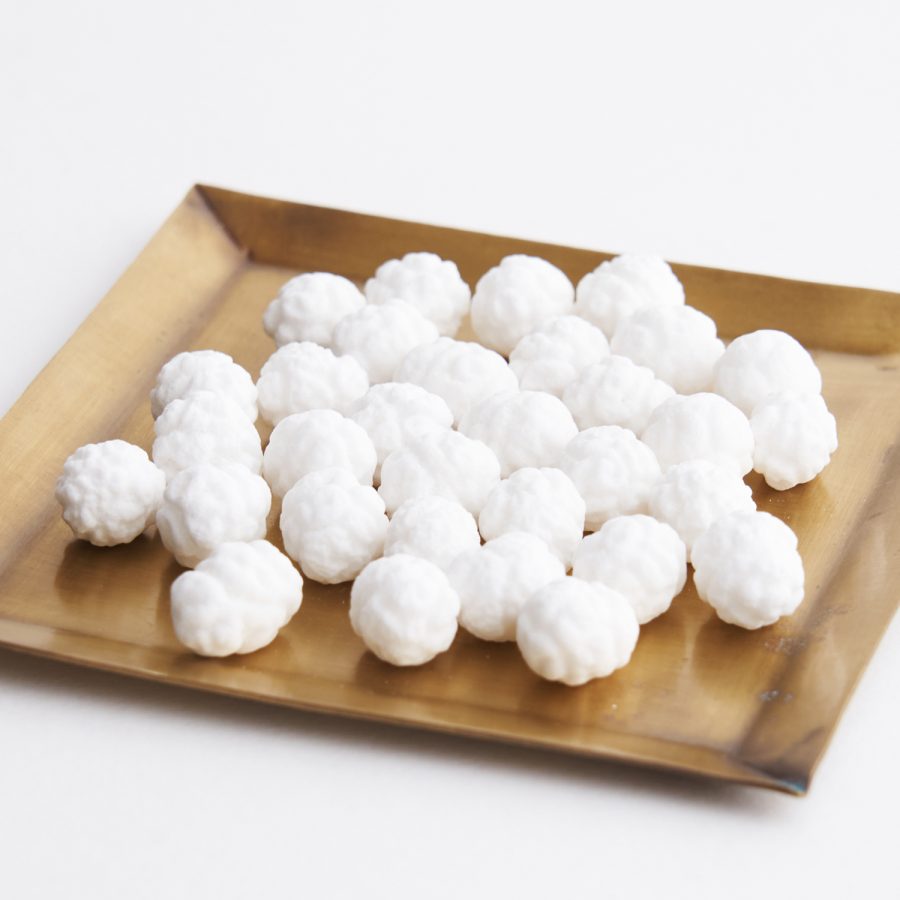 Consumed during the Dolls’ Festival and used as a wedding gift in modern days, Kompeito is often assumed to be a Japanese traditional candy. However, it was actually brought into Japan in 1546 by Portuguese missionaries, along with other European confections, such as Castella sponge cakes and Bolo cakes. The candy was named “Kompeito” after its original Portuguese name “Confeito”. Kompeito at that time was different from how it looks today; it was shaped like a ball with the rough surface and was closer to a hard candy.

It was offered to lord Oda Nobunaga by missionary Luís Fróis in 1569, and Nobunaga was greatly impressed with the shape and taste. Kompeito was so extremely valuable at that time that only court nobles and high-ranking warriors were able to taste it, and the formula was kept secret.

It was in the Edo era when the candy began to be produced in Nagasaki under the national isolation policy and distributed to Kyoto and Edo, becoming affordable to the general public. The appearance changed with vivid colors and a number of projections, which is a unique feature of the modern Kompeito. Further in and after the Meiji era, it became widely accepted among younger populations as a cheap sweet. 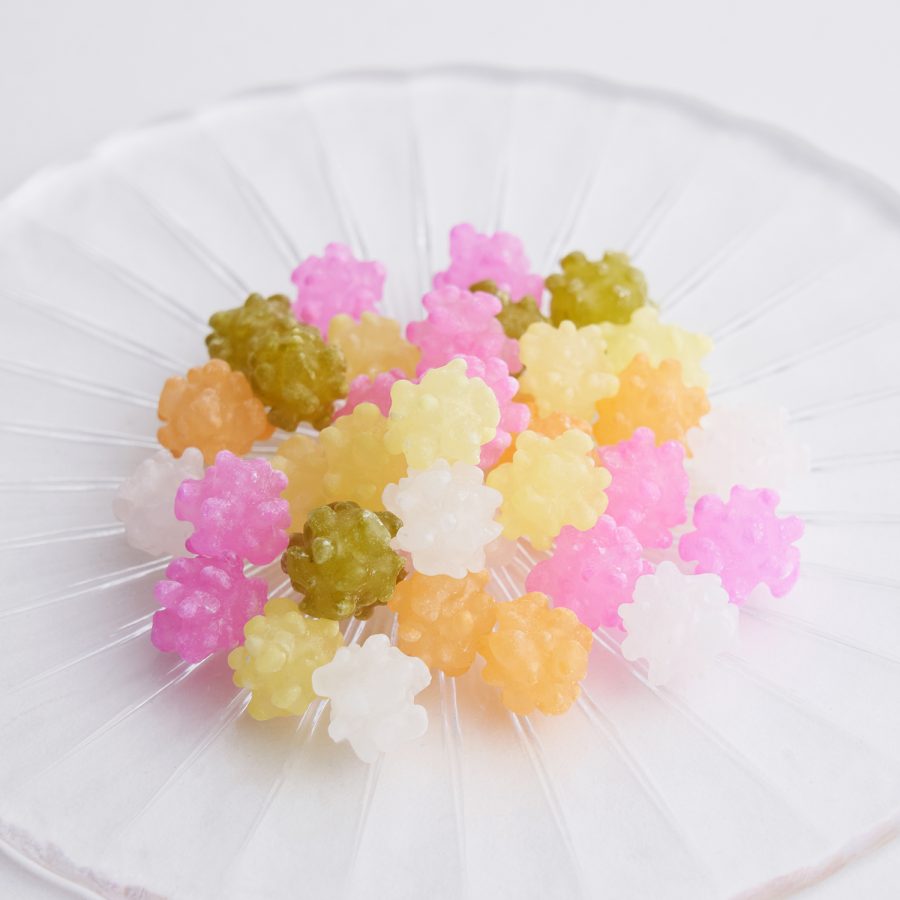 The little tiny Kompeito requires great care and takes more than two weeks to create. The process includes the repetition of pouring syrup and drying to let the pieces gradually become bigger, and the following steps are generally required.
1. Make syrup
Make syrup by heating granulated sugar in a large pot until it melts to liquid form.
2. Pour syrup over raw sugar
Put raw sugar and ira powder (ground mochi rice) to be used as the cores of Kompeito pieces in a tilted rotating cooker called dora. Pour the syrup over. Cook it over heat and stir thoroughly to distribute the syrup evenly.
3.Repeat until projections appear
Repeat the above steps 1 and 2 for a few days. The round pieces will be covered with layers of syrup, and projections will gradually appear.
After these processes are repeated for about two weeks, the pieces are evenly sized and colored to finish. It is said that the traditional formula of Kompeito is still used by one store in Kyoto only, which transmits its technique to only one child of the family.

Process of Wonder? The Mystery of the Projections

The rough-looking projections are one of the features of Kompeito, but the formation of these projections was largely unknown among scientists. It was in the 1980s when full-scale research began to solve the mystery.

Computer-powered experiments and analyses revealed that the syrup dries and gets hard at only some spots on the surfaces of the rolling Kompeito pieces that come into contact with the rotating dora cooker. Those spots rise higher than others, making them even easier to be covered with more syrup and allow the projections grow. It was also figured that the Kompeito pieces evenly covered with syrup have 20-24 projections with great taste and texture.

Though very tiny in appearance, Kompeito is extremely rich in history and lore. These stories may offer you a different flavor with your next bite of Kompeito.