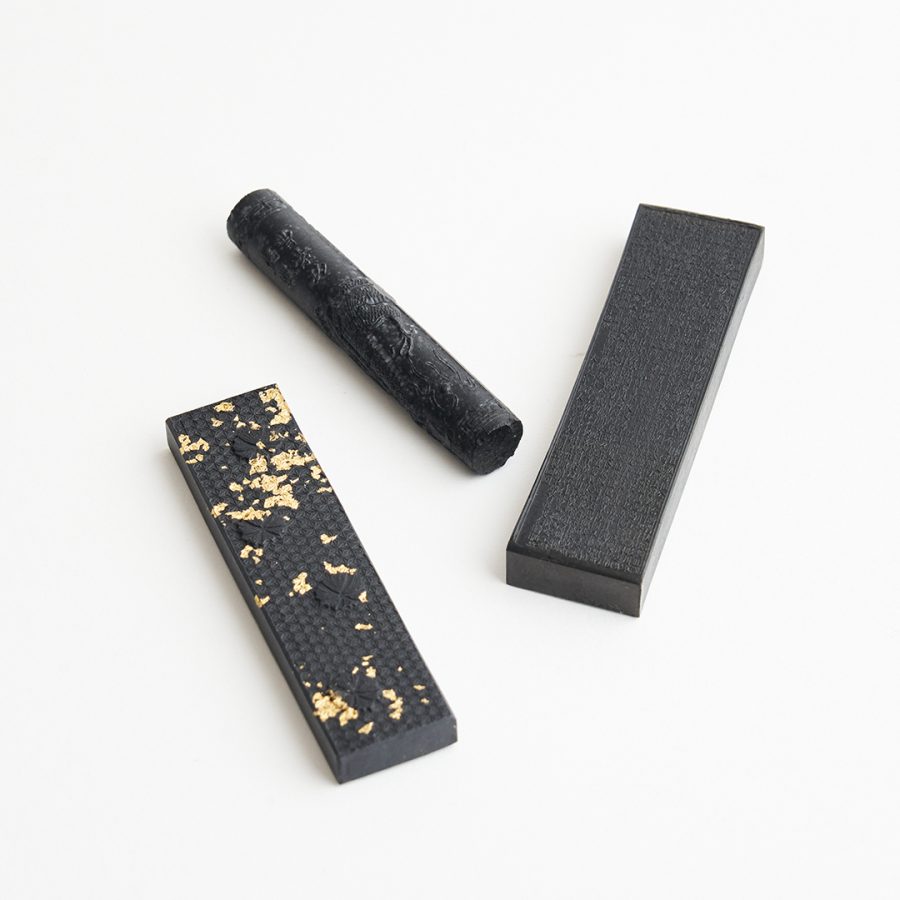 Did you know that most of the domestically produced solid sumi ink sticks are Nara Sumi, made in Nara Prefecture? Containing very few impurities in the mix, the ink made from these sticks is raven black with deep gloss.
The history of Nara Sumi is said to have begun when monk Kukai brought the formula for making ink sticks, along with brushes, from the Tang Dynasty of China in 806 and started manufacturing them at the Nitai-bo Quarter of Kofuku-ji Temple to use to copy sutra and write Buddhist scriptures.
Nara Sumi became well-known during the civil war era when feudal lords, such as Oda Nobunaga and Toyotomi Hideyoshi, flourished. This is when the power of the temples that were managing the manufacture of the ink sticks weakened and when some craftsmen started businesses to sell them. Furthermore, when the trade between Japan and the Ming Dynasty, begun by Toyotomi Hideyoshi, promoted the import of canola oil, Nara Sumi stick production increased as the oil was cheaper and easier to process than sesame seed oil, previously used as an ingredient of the sticks.
During the Edo era, when Nara was under the Shogunate’s direct control, over thirty sumi shops opened in town, and the quality of the ink became widely known. Later, the ink sticks were in high demand and prevailed nationwide during the Meiji era when education was promoted.
Requiring extremely delicate skills, the manufacture of the Nara Sumi sticks cannot be automated and is still manually handled by craftsmen with traditional skills.