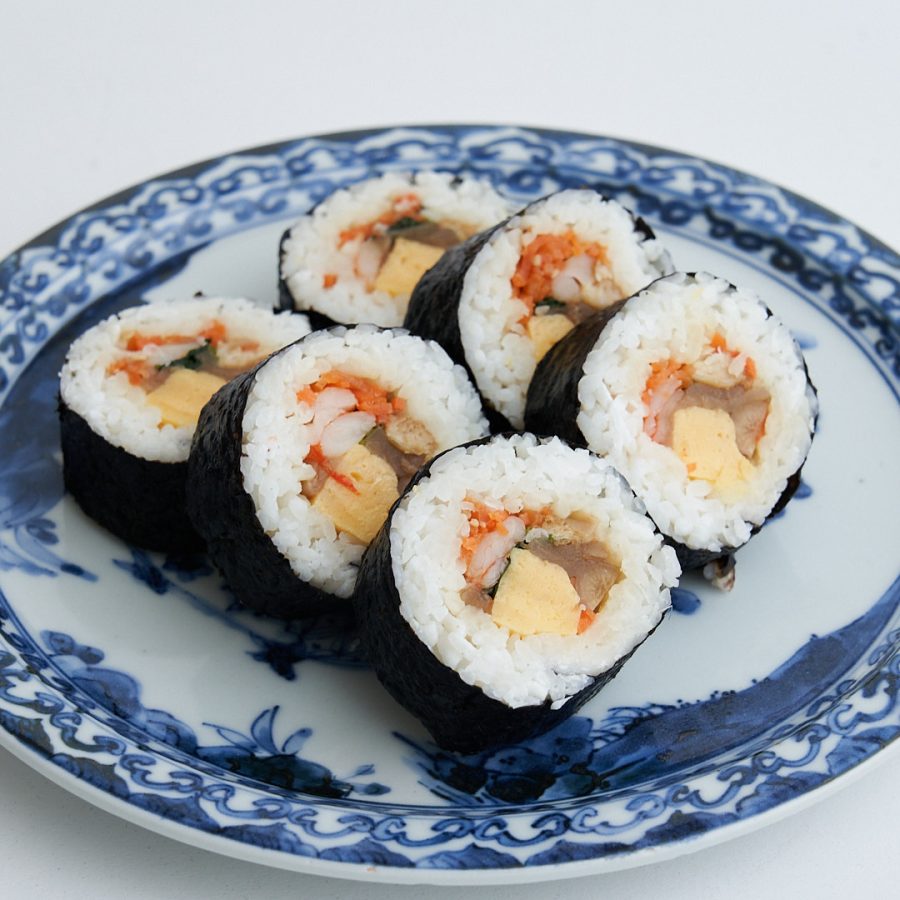 A food to eat on the day of Setsubun, the traditional end of winter, the eho-maki roll is now known nationwide, not just in the Kansai area. Eho is the direction in which the god of the year resides. Although basically only four directions are applied for this custom, north-northwest, west-southwest, east-northeast, and south-southeast, the eho direction varies every year, determined by the Jikkan calendar, a type of zodiac imported from China.

Seven ingredients are used for the eho-maki roll to represent seven gods of luck. One is to eat a whole eho-maki, facing in the direction of eho, making a wish without saying a word.

The detailed origin of the eho-maki is not known, but it is said that, from the Edo through Meiji eras, Osaka merchants ate the roll with geisha in the red-light district on the day of Setsubun in prayer for prosperous business. Another theory on the origin of the eho-maki tells that, around 1973, Osaka Nori Wholesale Cooperative Association first sold futo-maki rolls under the eho-maki name in a joint effort with sushi restaurants. The roll later gained popularity nationwide when a convenience store chain started selling it around 1990.

The eho of 2022 is north-northwest. Why don’t you try one with your wish for the year?