“Kagami-biraki” for the New Year in Good Health 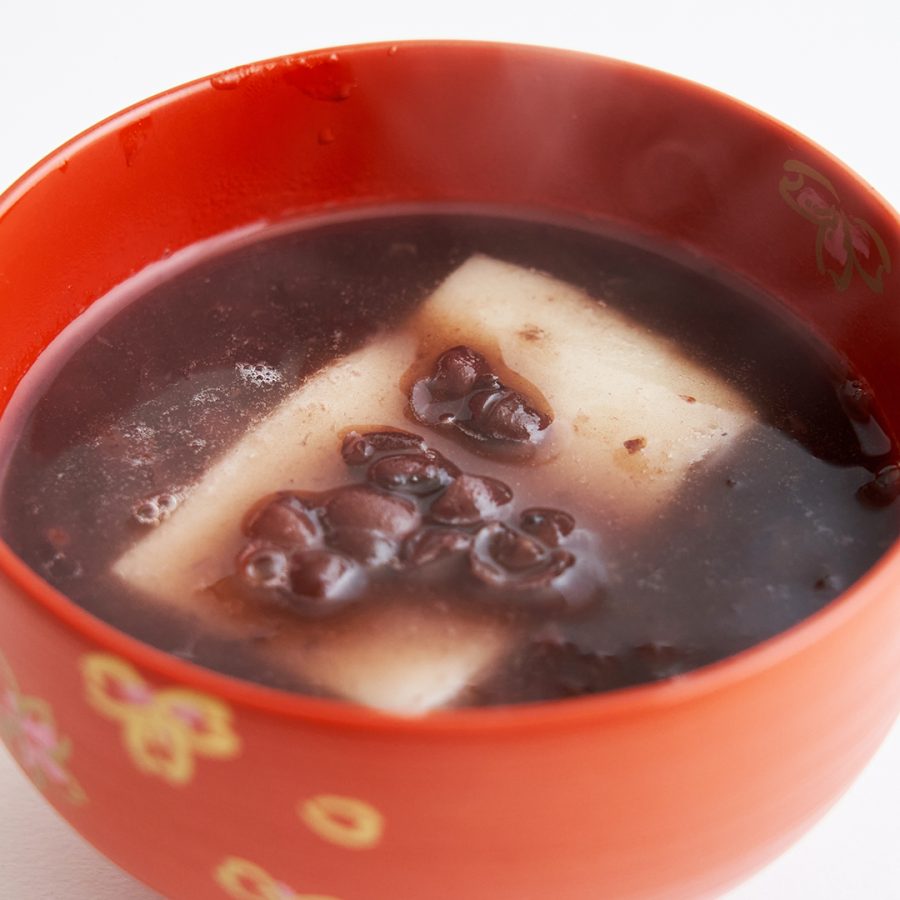 Kagami-biraki, the custom of breaking and eating a round rice cake, is held after matsunouchi, the first seven days of the year. The large round cake kagami-mochi, considered to be the object the god of the incoming year resides in, is broken open with a wooden mallet and eaten to take in the power and pray for a perfect state of health for the New Year. This custom prevailed in the Edo era, when a wooden mallet started to be used for breaking rice cake as the use of a knife was associated with disembowelment, or seppuku (harakiri), and thus considered bad luck. The use of the words “waru (to break)” and “kiru (to cut)” is avoided for the same reason. The word “hiraku (to open)” was preferred and used instead as it means to increase success and brings good luck.
One of the common cuisines to eat the broken rice cake in is zenzai, sweet red-bean soup. This is based on the belief that red beans have the effect of dispersing evil power. In the ancient times in fact, zenzai was customarily made and offered along with kagami-biraki, when a house was newly built and on celebratory occasions.
The dates for kagami-biraki vary by region; it is January 11 in the majority of the nation, including the Kanto and Tohoku areas, as well as Kyushu, and January 15 in Kansai. It can be January 4, right after the first threes days of the New Year, regardless of the matsunouchi period, in Kyoto and some neighboring areas.