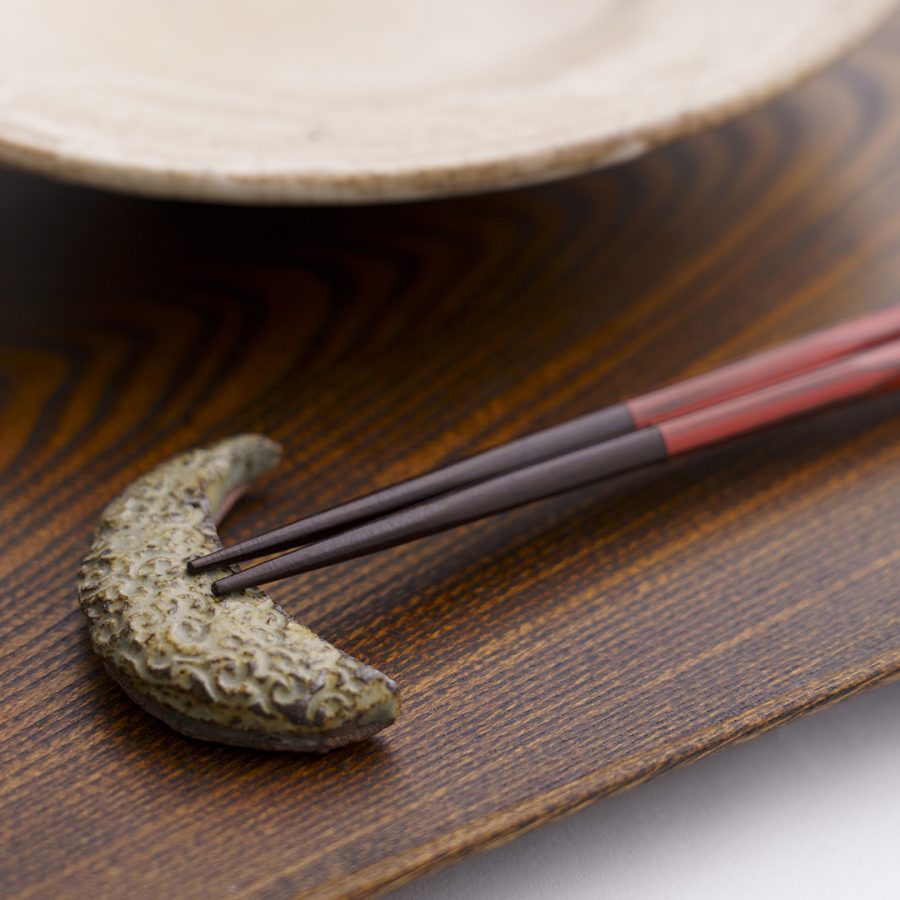 Hashi, or chopsticks, are an ordinary commodity that the Japanese use for eating every day. It is estimated that chopsticks were brought into Japan from China between the third century in the Yayoi era and the seventh century in the Asuka era. They were not for eating in those days but used as a sacred tool to avoid directly handling offerings for gods. Unlike present-day chopsticks, they are thought to have been something like bamboo tongs.
Because Japanese diplomatic delegations sent to the Sui dynasty in China were served meals with chopsticks, the tool started to be used for meals in Japan as well in the Nara era. Wooden chopsticks were in fact unearthed at the former site of Heijo-kyo. Chopsticks can also be seen in picture scrolls painted in the Heian era. In the Kamakura era, lacquered chopsticks were invented for repeated use.
Chopsticks were then developed as food diversified, and the first disposable chopsticks were born in the Edo era. The culture of chopsticks, almost identical to that in present days, were established in those days. It is, by the way, only in Japan that individuals have their own chopsticks. It may be representing the way the Japanese look after every object.