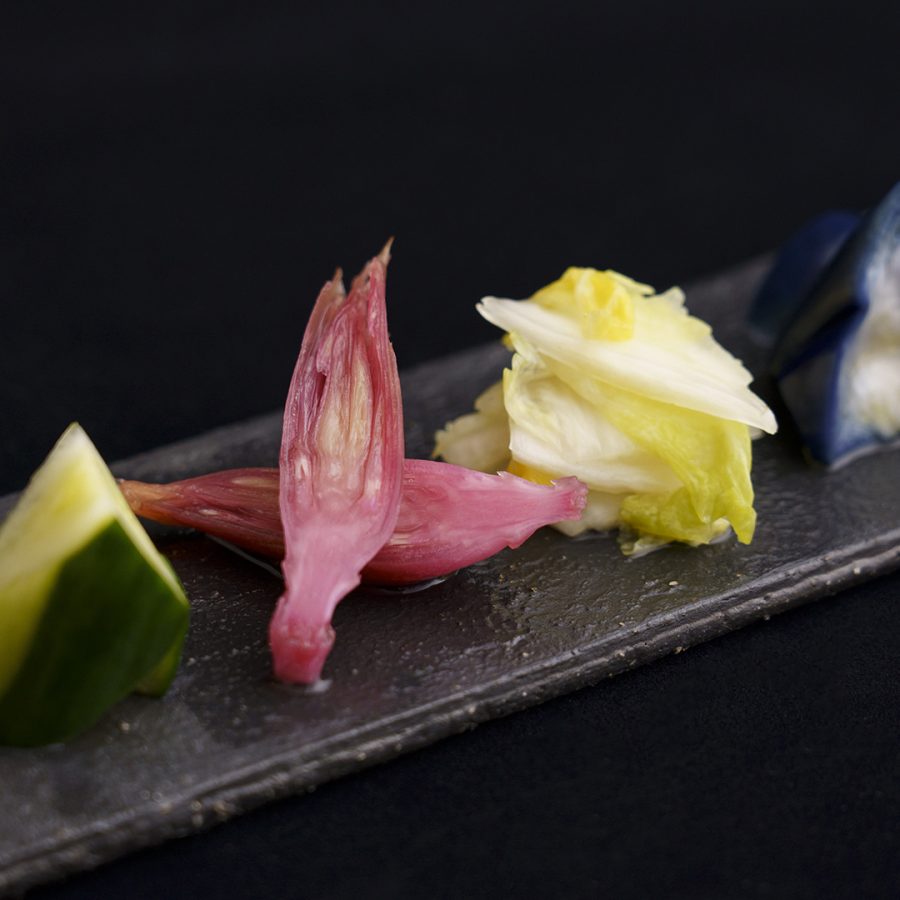 Great with sake, tasteful tsukemono vegetable pickles are made of the best ingredients of the area and have great local variations, including Kyoto’s Senmai-zuke that is made from turnip and Nara’s Nara-zuke made from gourds. Tsukemono has a long history with a record from the Nara era that vegetables were pickled in brine for longer storage. Later with the influx of a variety of cultural aspects from China, the formulae of tsukemono came to be varied including miso bean paste, shoyu soy sauce, and moromi ferment. However, only noble families and some limited populations were able to taste them in those days. In Engishiki, the codes and procedures on national rites and prayers compiled in the mid-Heian era, is a description of tsukemono of vegetables, fruit, and mountain vegetables prepared for court ceremonies and banquets.

In the warring states of the Muromachi era, umeboshi pickles became appreciated as a food ready to eat in wartime. The custom was also established to conclude a meal with rice and pickles in the course of kaiseki dishes served before a tea ceremony.

In the Edo era, tsukemono speciality stores called “kou-no-mono ya” opened in Edo, Kyoto, and Osaka, providing access to tsukemono to the general public. Just as an aside, there are multiple theories as to why tsukemono began to be referred to as “kou-no-mono (things of flavor)”: that the word originated from the monkou game in the Heian era, in which players guessed the name of a burning incense, and that it was developed from Jokan-kotoba, a set of vocabulary used by ladies of the imperial court in the Muromachi era.