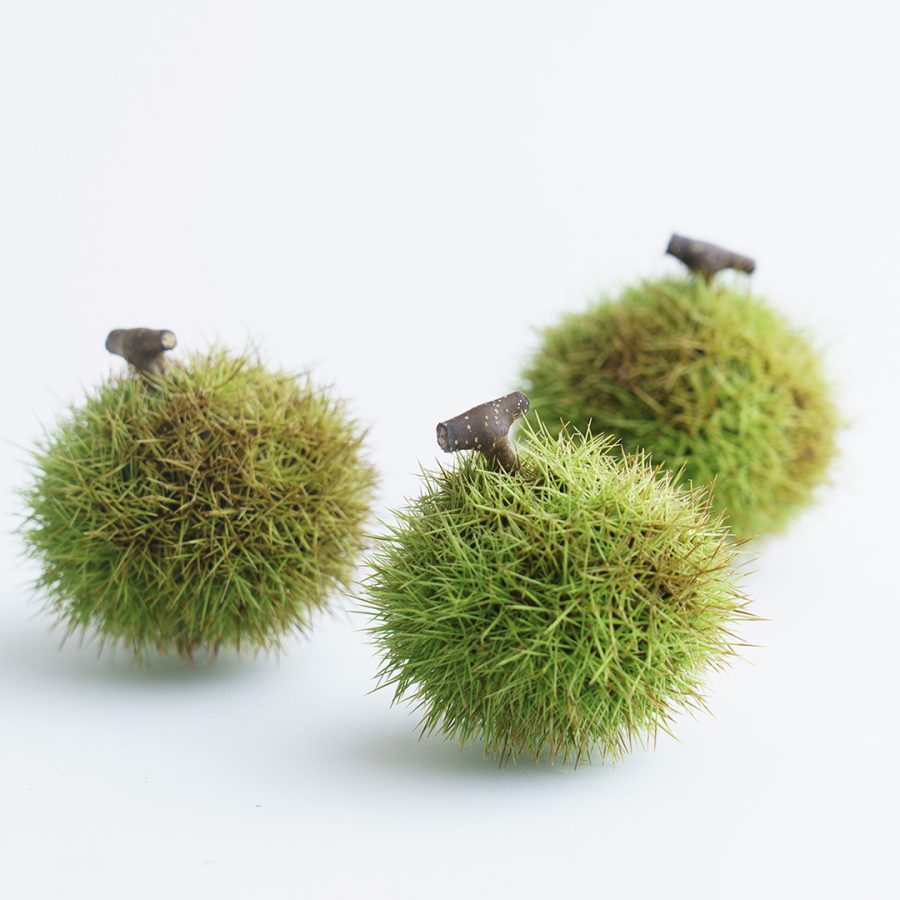 A major taste of autumn, kuri or chestnuts are in season between September and October. Many people are looking forward to this season for chestnut rice and Mont Blanc cake. Chestnuts have been in Japan since the Stone Age and were offered to the Court in the Nara and Heian eras. Especially the taste of Tamba-guri, which is harvested in the Temba area, was favorably mentioned in Kojiki, Japan’s oldest collection of myths and religious narratives, and in Man’yoshu, the collection of Japanese waka poems from the eighth century. Tamba-guri became popular in Kyoto and other cities in the Edo era, and the popularity reportedly spread nationwide through local feudal lords’ attendance on the Shogun.

The chestnut offers rich nutrition, and its soft astringent skin especially contains lots of tannin with the anti-oxidant effects. However, what we consume is actually the pit of the nut, and the hard shell is the fruit. The point for finding a delicious nut is the pretty shape. The shell is dark brown without any visible white grains on the surface or a dark area on the bottom. Make sure to select those with resilient shells that don’t rattle when pushed with a finger and without sticky bottoms.