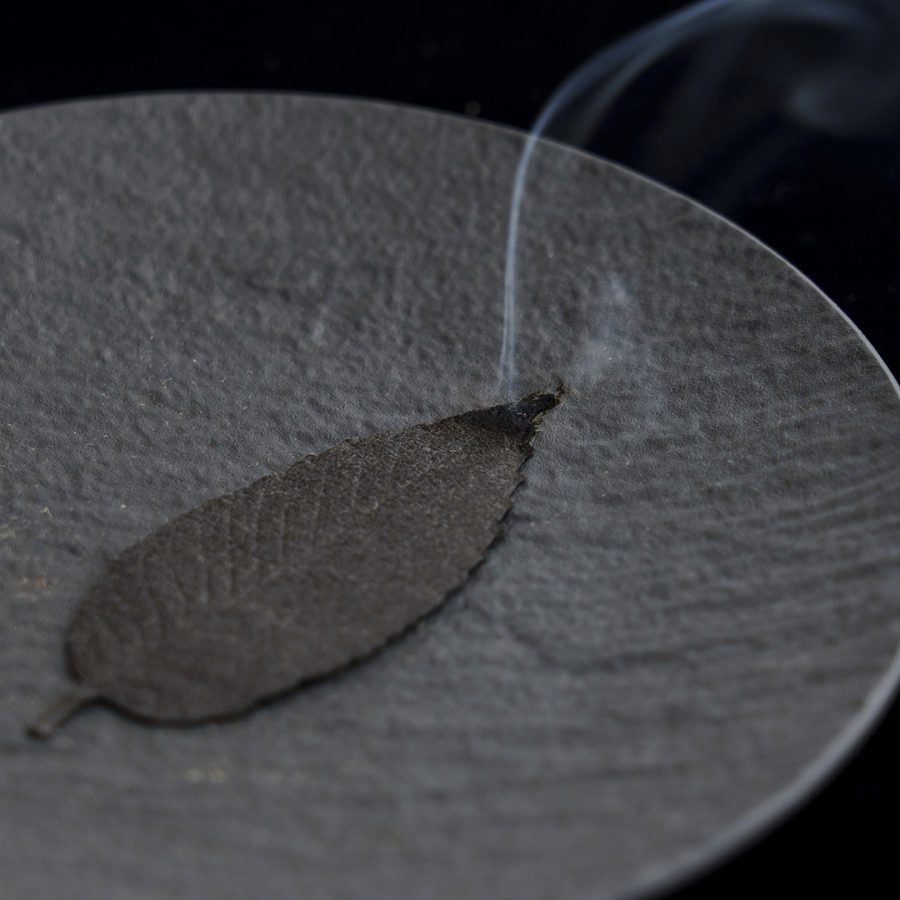 Okou or incense is deeply familiar to the Japanese for changes of pace, Buddhist ceremonies and protection against insects, and it comes in a wide range of forms, including wood, sticks, and pastilles. In Nihon Shoki (“Chronicles of Japan”), completed in the Nara era, there is a record of fragrant wood that drifted ashore to Awaji-shima Island and was presented to the Imperial Court. Statements on okou can also be found in books written in the Heian era, such as Makura no Soushi and Genji Monogatari. During these eras, incense from plants and trees ground into paste and formed into the shape of pills was popular among the noble people and used to transfer the aroma to rooms and clothes, just like it is in modern days.

In the Muromachi era, when samurai society flourished, the culture of incense developed along with flower arrangement and tea ceremony, and the toukou or incense-smelling game became popular among the people of the upper class. Then okou prevailed among merchants in the Edo era, when the unique Japanese incense-burning culture of koudou was established.

Why not refresh yourself with your favorite incense during these days when going out is still restricted?