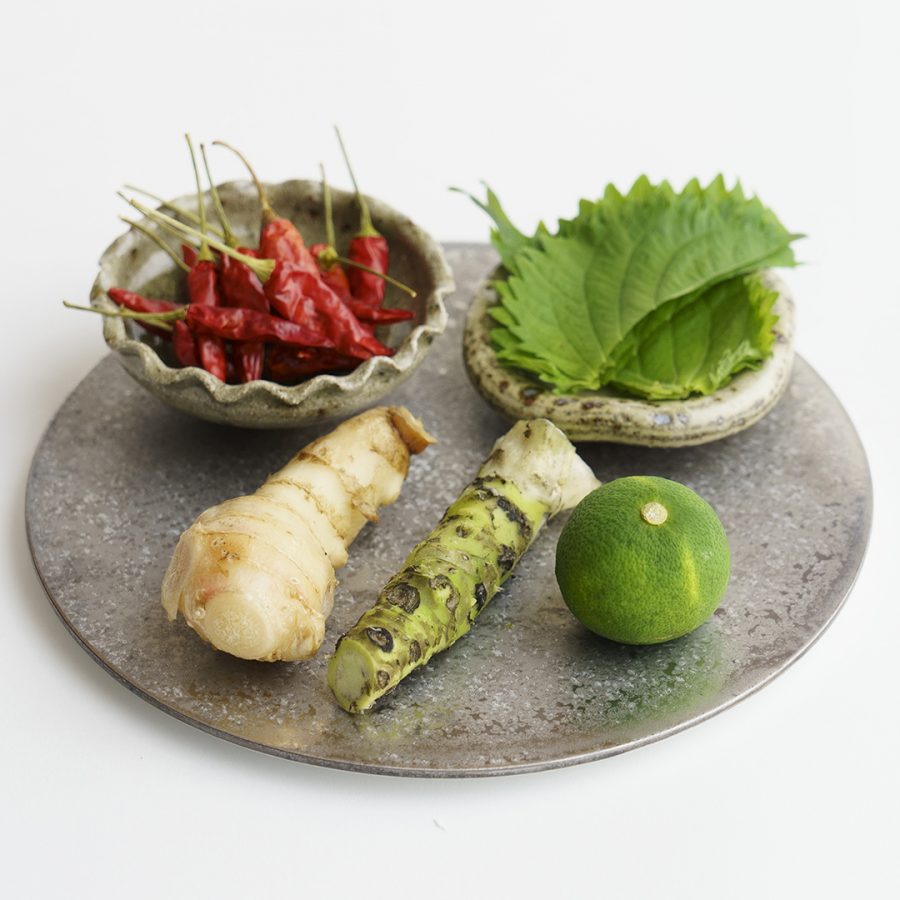 Yakumi, a collective term for spices, not only adds extra flavor to ingredients but also offers various health effects, such as promotion of appetite and digestion. Yakumi is a shortened form of “kayakumi”, which originated from the ancient Chinese medicinal custom where ginger, sansho herb and karashi mustard, etc. were added to Chinese medicines. In Japan, the term “hajikami,” referring to ginger and sansho herb, is found in Kojiki, Japan’s oldest historical record compiled in the early eighth century, which implies that herbs such as sansho and wasabi had been naturally growing earlier in the history.

By the Heian era, such spices began to be used for cooking where ginger was used to get rid of the smell of meat and when citrus flavor was added to soup. It was in the Edo era when the use of yakumi was greatly developed. Wasabi began to be systematically cultivated and added to sashimi and soba. In addition to Japanese traditional yakumi, pepper and other imported spices became widely accepted later in and after the Meiji era as more and more European cooking was introduced.