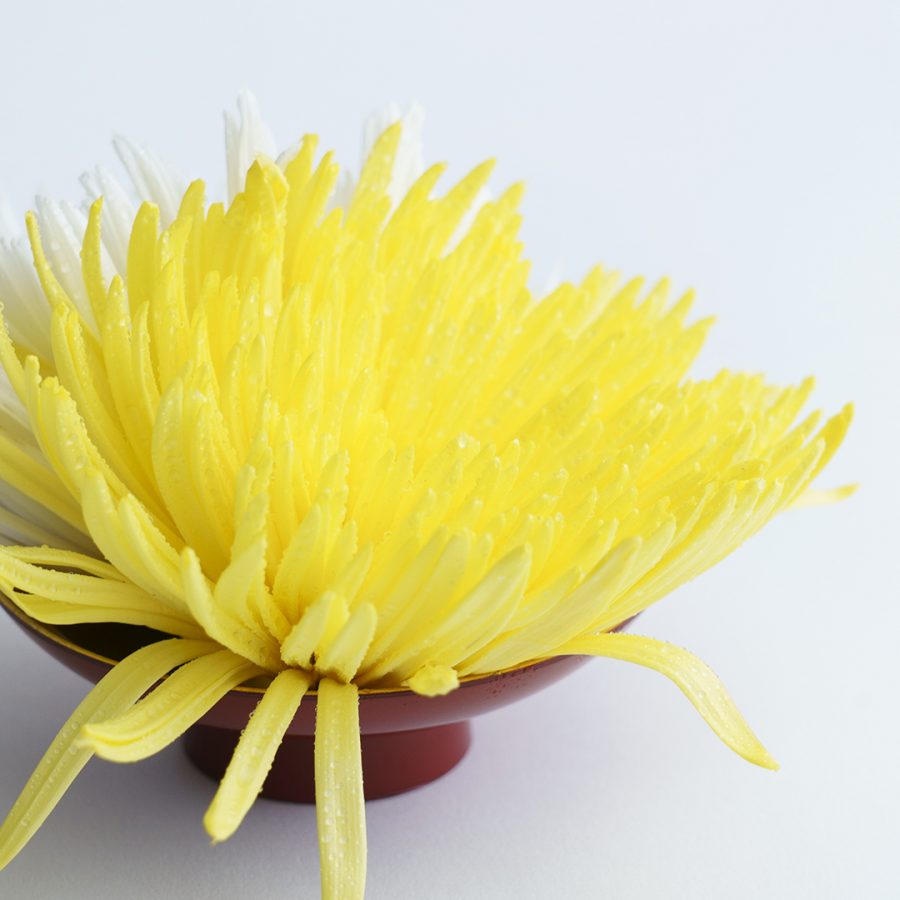 Chrysanthemum or kiku is at its best in the fall. The mum is thought to have been introduced from China in the Heian era as it is read in a poem by Emperor Kanmu found in Ruiju Kokushi, a history book edited by Imperial command during this era. The flower was mainly loved by the noble people in those days for ornamental and remedial purposes.

As the general public began to enjoy gardening, improvement of mum varieties was pursued in the Edo era, which promoted the development of the mum varieties unique to Japan. It was also popular as a theme of art and used in artworks of ukiyo-e paintings and kabuki theaters. The mum also became widely accepted as a fall flower when the Edo government designated September 9 as “Choyo no Sekku,” the Chrysanthemum Festival Day.

On the upcoming Chrysanthemum Festival Day, why not view chrysanthemum flowers and enjoy mum sake to pray for longevity?