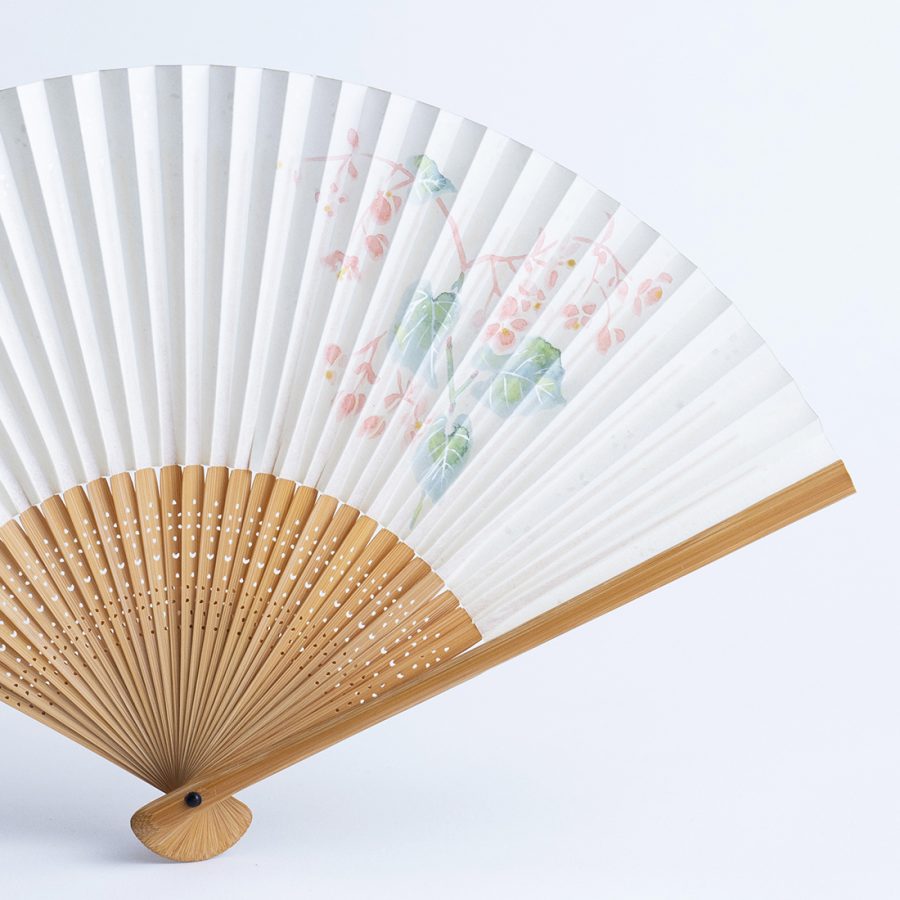 The origin of the sensu, Japanese folding fan, is the hiougi that was invented in the early Heian era. It is said that the sensu was derived from mokkan, a bundle of long and thin wood pieces used to record ceremonies and other information on. In those days, a piece of paper was placed on only one side of the fan, and only noble people and Buddhist monks were allowed to use it.

In the Kamakura era, monks took the folding fan to China, where it was developed locally into kara-sensu, which used paper on both sides. This alteration also became common in Japan in the Muromachi era. By that time, the use of fans by the general public was permitted and widely prevailed in the worlds of Noh, theater, and tea ceremony.

The prototype of the modern fan was first created in the Edo era, when an uchiwa fan was brought from China. The Japanese sensu fan was then introduced in Europe through the Silk Road and became popular overseas. A gorgeous fan was made with the use of silk, ivory, and bird feathers in France, for example. The fan was less exported in and after the Taisho era but is still a popular souvenir from Japan due to its structure and movement reminiscent of Japanese beauty.