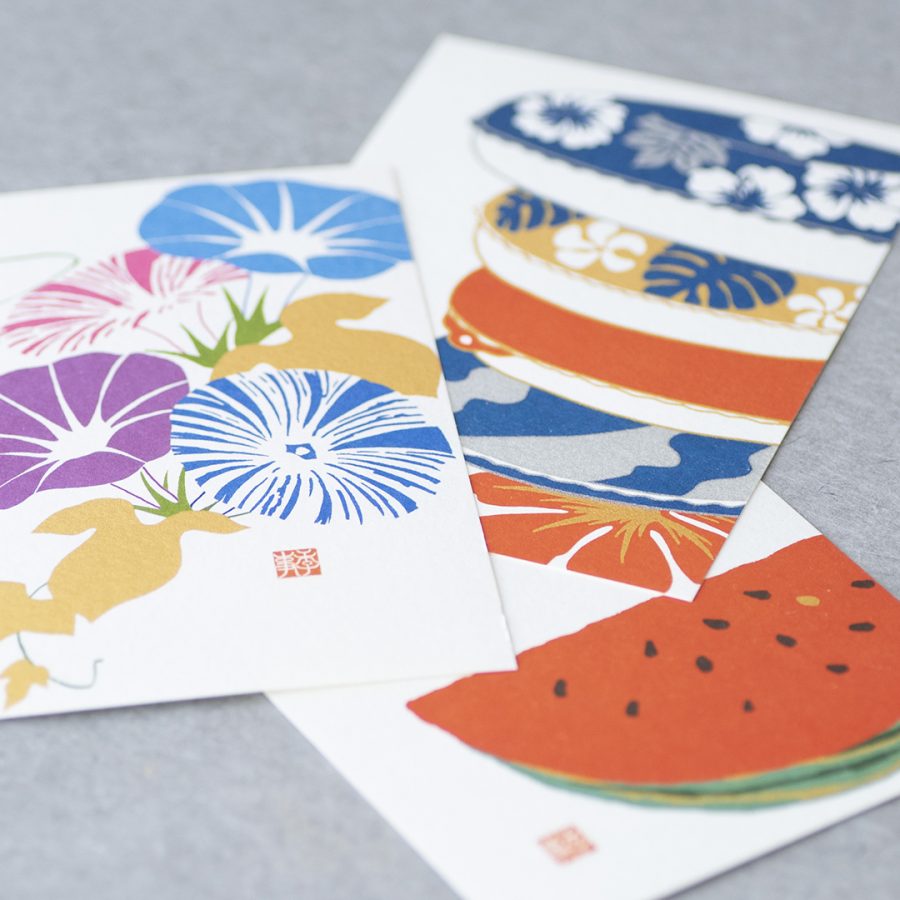 Shochu mimai is a greeting card to send to friends and relatives living in distant areas to inquire after their health during the hot season and express gratitude to them. It is to be delivered in the period of doyo or midsummer between Shosho, (literally “small heat”) around July 7, and Risshu, the beginning of fall around August 7, of the twenty-four seasons in the Japanese lunar calendar. Those delivered after that period are called zansho mimai, or late summer greetings.

Shochu mimai is the custom that is said to have begun in the Edo era. A year was divided into two terms in ancient Japan, which were separated with the New Year’s Day and the Bon Festival. Originally the Bon Festival was celebrated by visiting the parents’ home and making an offering to the ancestors’ spirits. It was in the Edo era when the holiday began to be commemorated with gifts and greetings not only for ancestors but also for relatives. The hikyaku courier services were used to deliver gifts as well as greeting cards to people far away. It also became common to show concern for the recipient’s health in the greeting card as people tended to get sick in the summer due to relatively poor hygienic conditions.

This custom widely spread in the sixth year of Meiji when the postcard delivery service started. Today, delivering summer greetings is less common compared to New Year cards. Physical contact is limited this summer, so why don’t you take this opportunity to write and send shochu mimai greeting cards to your loved ones?