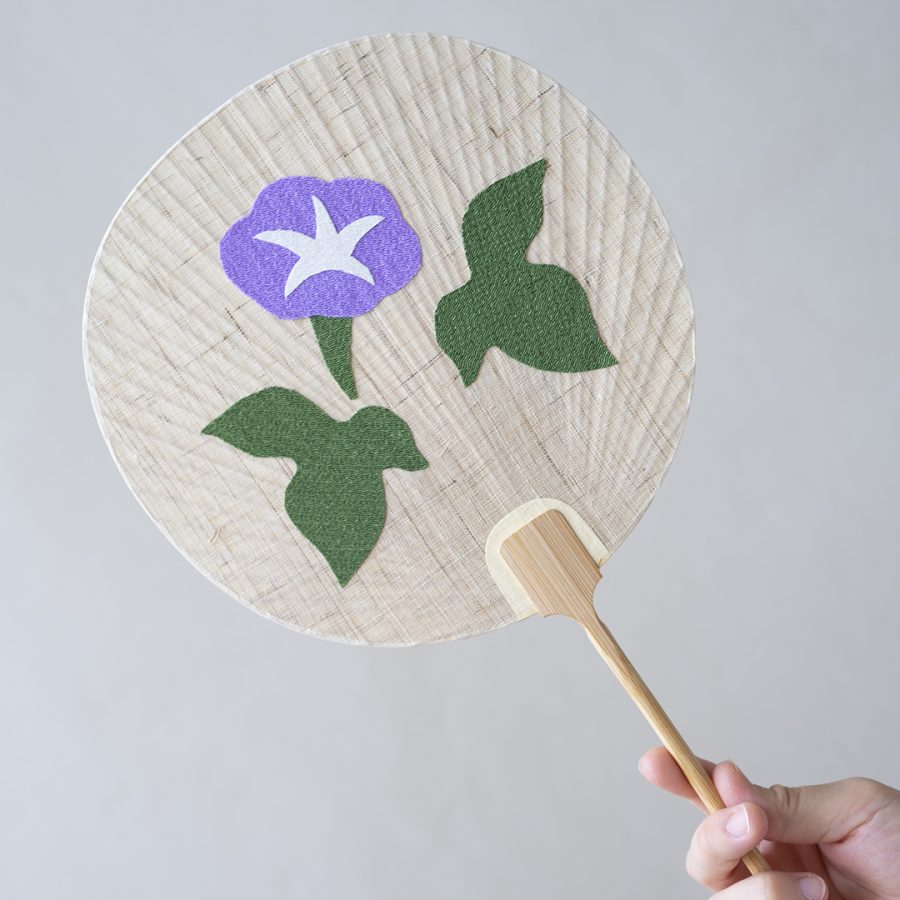 It was during the tumulus period in the sixth to seventh centuries when sashiba, the origin of the Japanese uchiwa fan, was introduced to Japan from China. A mural of human figures with sashiba in their hands was found in the Takamatsuzuka Tomb built during the Nara era, which implies that those fans were used by court women to conceal their faces in those days.

Sashiba started to be called “uchiwa” by the tenth century. The origin of the word is said to have been derived from “utsuwa,” meaning “fan to hit with” as it was used to chase away or hit flies and mosquitoes. Uchiwa fans therefore were not used to wave and stir the air but as tools for religious rituals and divination in the ancient times and as a referee’s fan for leading military operations during the civil war period.

It was not until the Edo era that uchiwa fans started to be used as we do today. Spread among ordinary people as commodities, uchiwa fans were used for cooking and cooling off. They were also used as marketing media by merchants and temples in the Meiji era. Then in Showa, plastic uchiwa fans joined those previously made mainly with wood and bamboo. It made mass production possible and helped uchiwa fans evolve into their modern form.