“Wagasa” – A Traditional Beauty to Pass Down for Generations 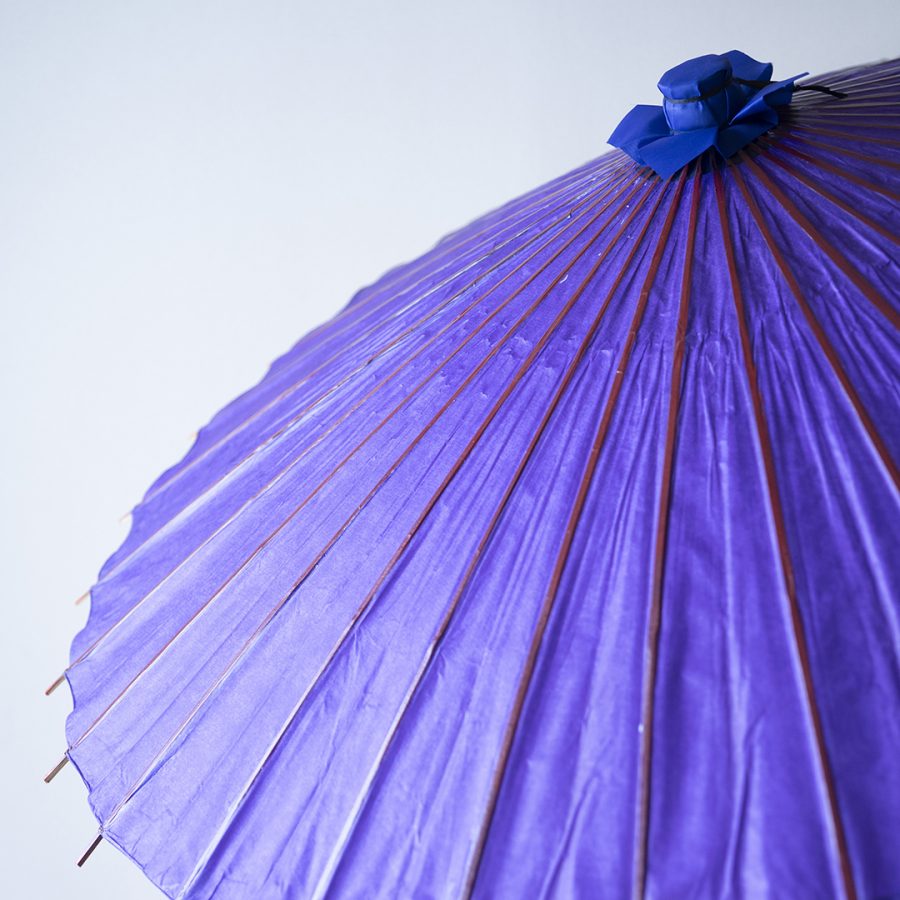 The wagasa Japanese umbrella is made with a framework of natural materials, such as wood, bamboo and thread, and is wrapped with washi Japanese paper. Those used in the rain are called “ban-gasa” or “janome-gasa”; others include “hi-gasa” for avoiding the sun and “mai-gasa” which is used for dancing.

Wagasa is said to have been created after the tengai canopy imported from China around the Heian era, along with other cultural artifacts, including Buddhism and Chinese characters. Tengai was used by noble families as an awning or protector against evil and later developed independently in Japan. Initially wagasa did not open or close like the present model. From the Kamakura to Muromachi eras, however, a model that could be opened or closed with the use of a stick or other tools was developed. Later it began to be used as rain gear when the washi was coated with waterproofing oil.

It was in the Edo era when wagasa became widely common among the general public. Wagasa was enhanced with the addition of a mechanism for easy opening and closing. It was also when the Daikoku-ya store in Osaka started its production of the “Daikoku Bangasa”. For its sturdiness and affordability, the Daikoku Bangasa became popular when it was distributed in Edo and began to be referred to as “bangasa” throughout the city.

Wagasa production was reduced in the Meiji era when Western-style clothes became mainstream, and imported umbrellas became more commonly used. Nowadays, wagasa can only be seen at traditional Japanese restaurants, ryokan inns, and tea ceremonies, and the number of wagasa craftsmen is decreasing. The elegant and beautiful wagasa is however a Japanese traditional craftwork to be passed down for generations.