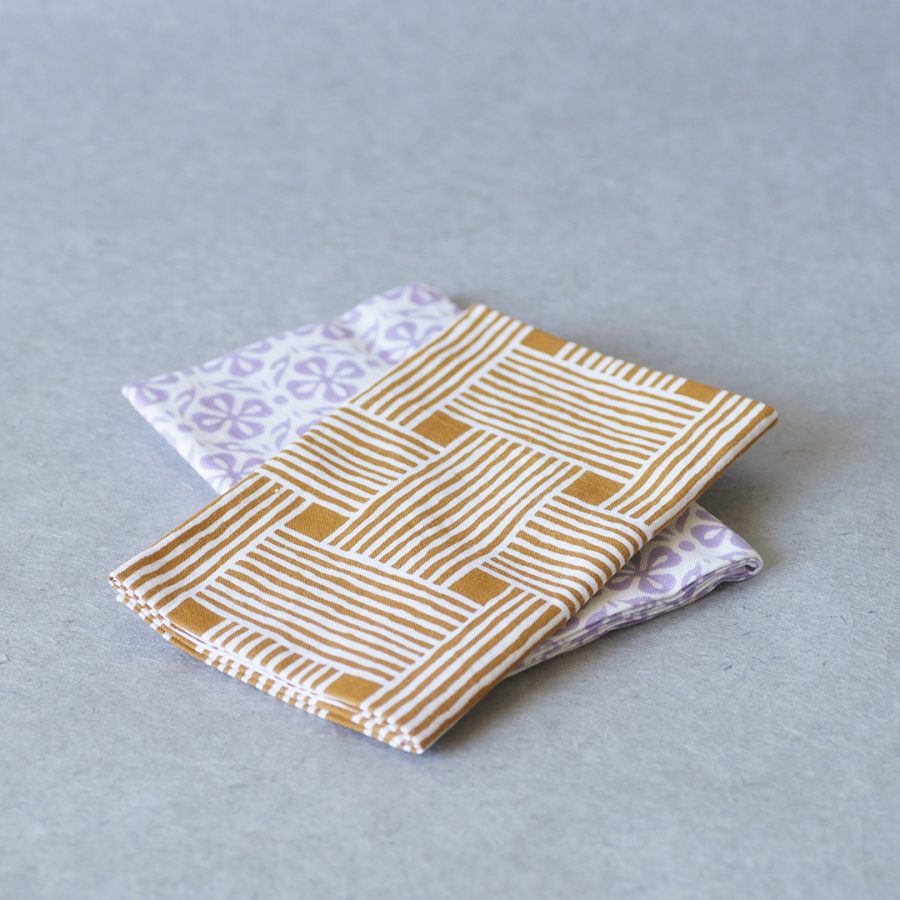 Tenugui cotton hand towels are useful in a number of ways: to wipe off sweat, to wear on the head to avoid dust, and to use in place of bandages to cover an injury. It has a long history. The original plain-woven tenugui made of linen or silk already existed in the Nara era and were reportedly used mainly to clean statues of Buddha. High-ranking people in the Heian era wore them for religious rituals. In Konjaku Monogatari, a collection of tales compiled in the end of the Heian era, the word “tenogoi” can be found.

Later, tenugui gradually became widely used among the general public, but it was in the Edo era when those made of cotton, like modern ones, first became available. It was because cotton, which had been imported from China and was thus expensive, began to be grown in Japan in that era. Tenugui can be found with Kabuki actors in ukiyo-e, woodblock prints of everyday life of the era. Dyeing technology was so advanced during this era that dye shops dedicated to dyeing tenugui were established in town. Various patterns were dyed in the Meiji era, but tenugui popularity decline after towels and handkerchiefs were brought in from Europe.

In recent years, however, the functionality and soft texture of tenugui have been revalued, and those with modern patterns have been streaming onto the market. Tenugui has gained popularity again as the fabric is made into bags, home décor, and other small crafts.