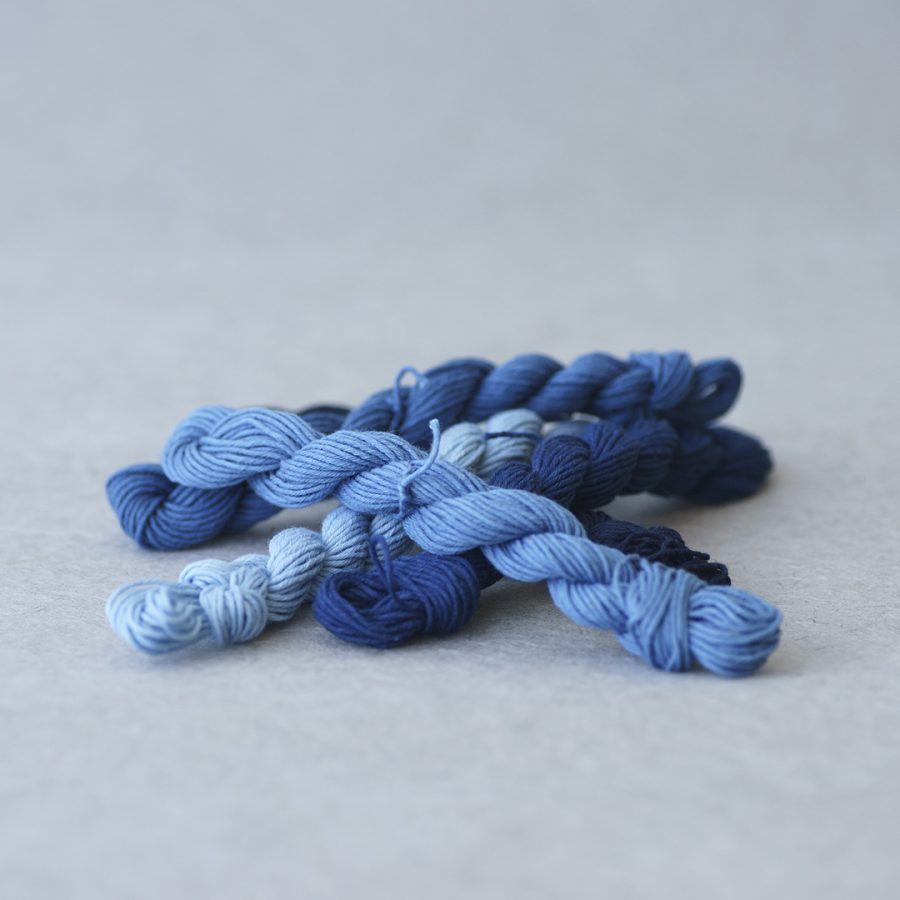 Because its beautiful color, Japanese ai-zome indigo dyeing is used for a wide variety of products, such as clothes and bags. Believed to be the oldest existing dye, ai indigo was first introduced to Japan by China through the Korean Peninsula in the Nara era. The color was considered noble, and silk clothes dyed in ai indigo were worn by people of the high aristocracy. “Kaigenru,” the silk string used in the ceremony to consecrate the Great Buddha, is the oldest existing ai-zome product in Japan and is stored at the Shoso-in Treasure Repository in Nara.

Samurai warriors in the Kamakura era were fond of a tone of ai indigo called “kachi-iro” for their clothes and the strings for their armor. This is because ai indigo provides detoxifying and hemostatic effects and was thought to be a good omen with “kachi” being a homonym of “winning”.

It was in the Edo era when ai-zome became common among the general public. The prevalence of cotton, which is easily dyed in ai indigo, promoted ai-zome dyeing of fabric products, including noren curtains and banners.

By the Meiji era, ai-zome dyeing was so deeply rooted in the lives of Japanese people that British visitors who witnessed it described the color as ‘Japan Blue’. Later, ai indigo was nearly brought to the edge of extinction due to imported Western indigo and war; however, ai-shi ai producers some-shi dyers preserved the seeds of ai indigo and have passed down the unique culture and history to today.