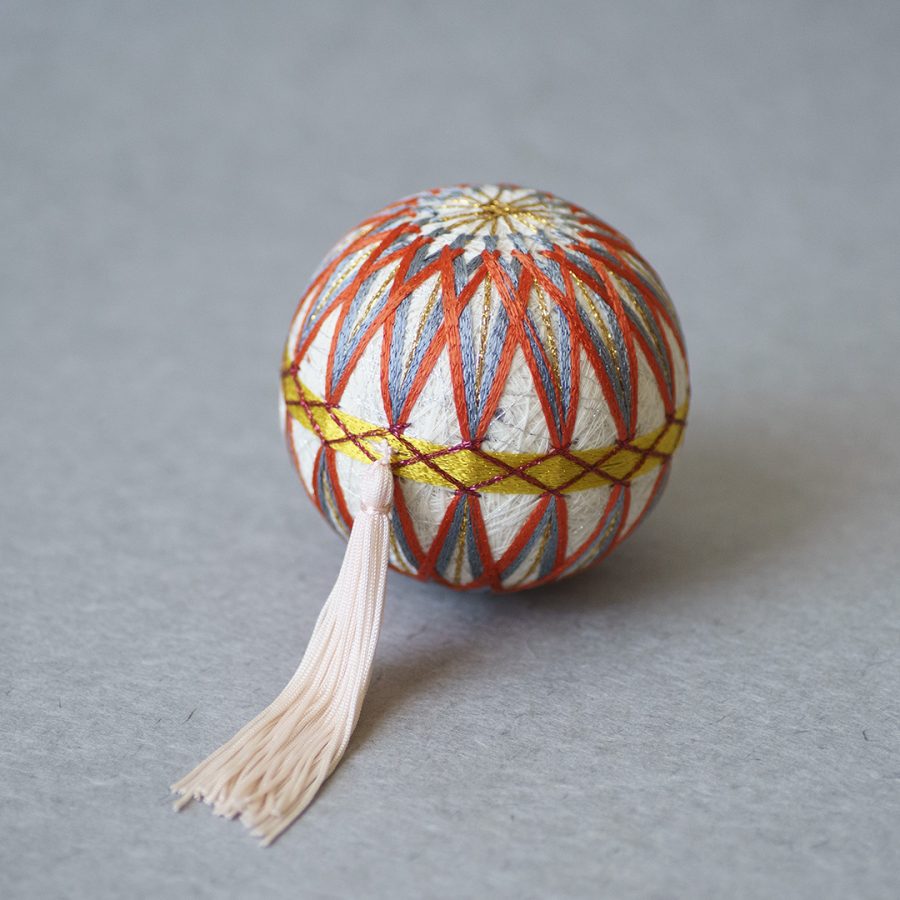 Temari, the Japanese traditional handball, once gained popularity as a girls’ toy. Its origin dates back to the Asuka/Nara Era, when leather handballs were introduced from China and were used for games of kemari, an ancient football played at the Imperial Court. As highly elastic cotton became popularly used as the core, the handball gradually came to be more commonly used by bouncing it on the ground, which caught on with girls during the Edo era.

As the fact that the word “temari” is used as one of the seasonal New Year’s terms for haiku poems indicates, temari games were enjoyed during New Year seasons throughout the Edo and Meiji eras. With the technological development in and after the Meiji era, temari made of rubber with a Styrofoam core began to be mass produced and used all year round. Today temari is appreciated mainly as a decoration because of its graceful colors produced by the individual threads and the festive patterns, such as flowers and plants. It is also popular for craft making.