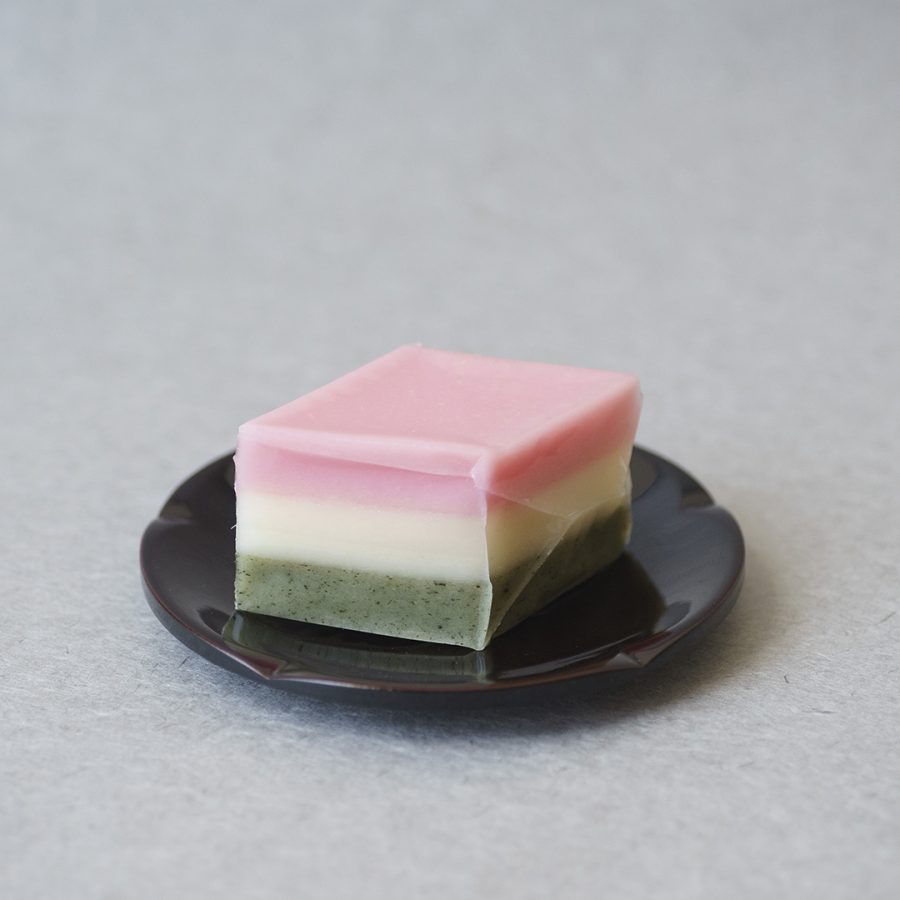 March 3 is the day of the Doll’s Festival. Families with young girls celebrate the day with hina dolls to pray for their healthy growth. The origin of this festival is the Joshi Seasonal Festival, introduced in the early Heian era by ancient China. It is said that the festival’s custom of expelling evil spirits by washing dolls down rivers was linked with noble children’s doll play “hiina (hina) asobi” and developed into the current form. It then took root widely among the general public.

Candy-colored hishi-mochi, a rhombus-shaped rice cake, is a food commonly eaten during the Doll’s Festival, and it is displayed on the tiered stand with the dolls. A highlight of the fun festival, hishi-mochi is used as a sign of prosperity because rhombus-shaped leaves of hishi, or water chestnut, spread on the surface of water. The green layer is associated with fresh green leaves, white with pristine white snow, and red with peach flowers, and the color placement of the mochi represents a spring scene. For example, the hishi-mochi colored with green, white, and red from the bottom depicts the scene in which new sprouts are growing underneath the snow with peach blossoms in bloom. Its appearance and taste will let you feel the early arrival of spring.