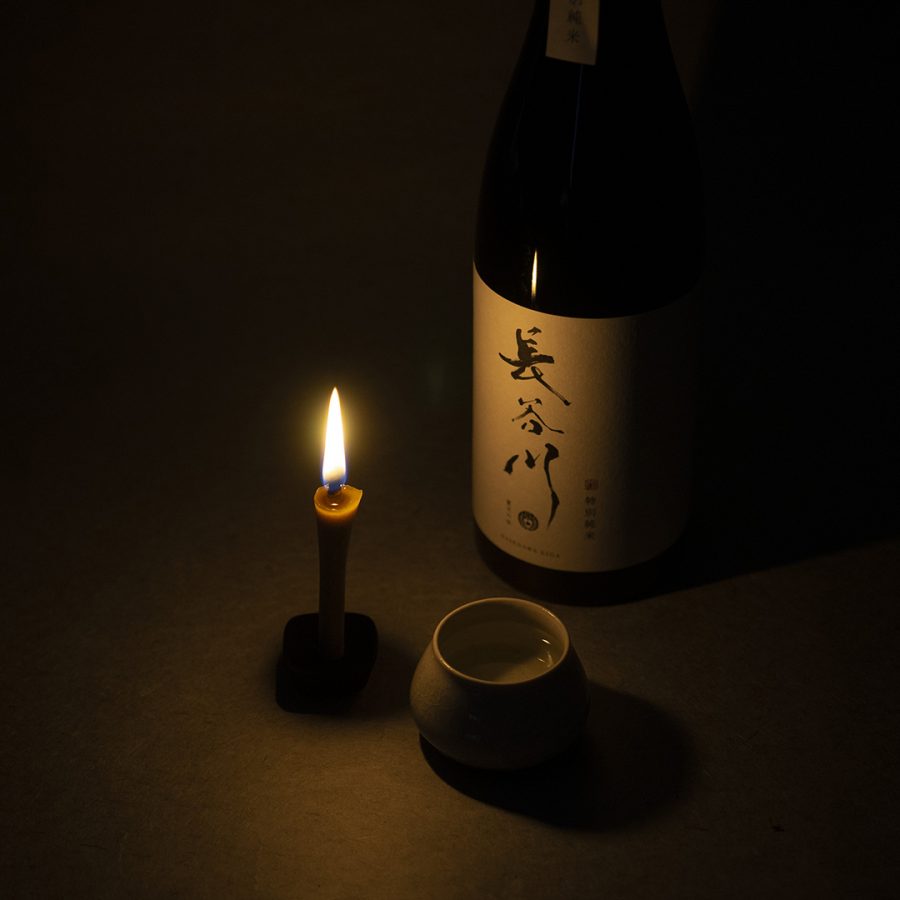 Japanese candles, believed to have been introduced by the Chinese in the Muromachi era, had lit up the lives of the Japanese for a long time until inexpensive Western candles were imported during Meiji. While Western candles are mass-produced by machine from oil as the main ingredient, Japanese candles are produced individually with great care of experienced artisans from plant-based ingredients, such as the fruit of the Japanese wax tree.

A significantly swaying flame is part of their charm. The flame that wavers mysteriously as if a soul or intention dwelt in it is why Japanese candles are in particular used for purposes such as offerings and Shinto rituals. This is because the air flows in a hollow cavity in the center of the candle, and the flame lasts longer than that of Western candles for this reason.

They are rarely used for a lighting purpose any longer, but the gentle flame still offers a time of relaxation from the bustle of everyday life.