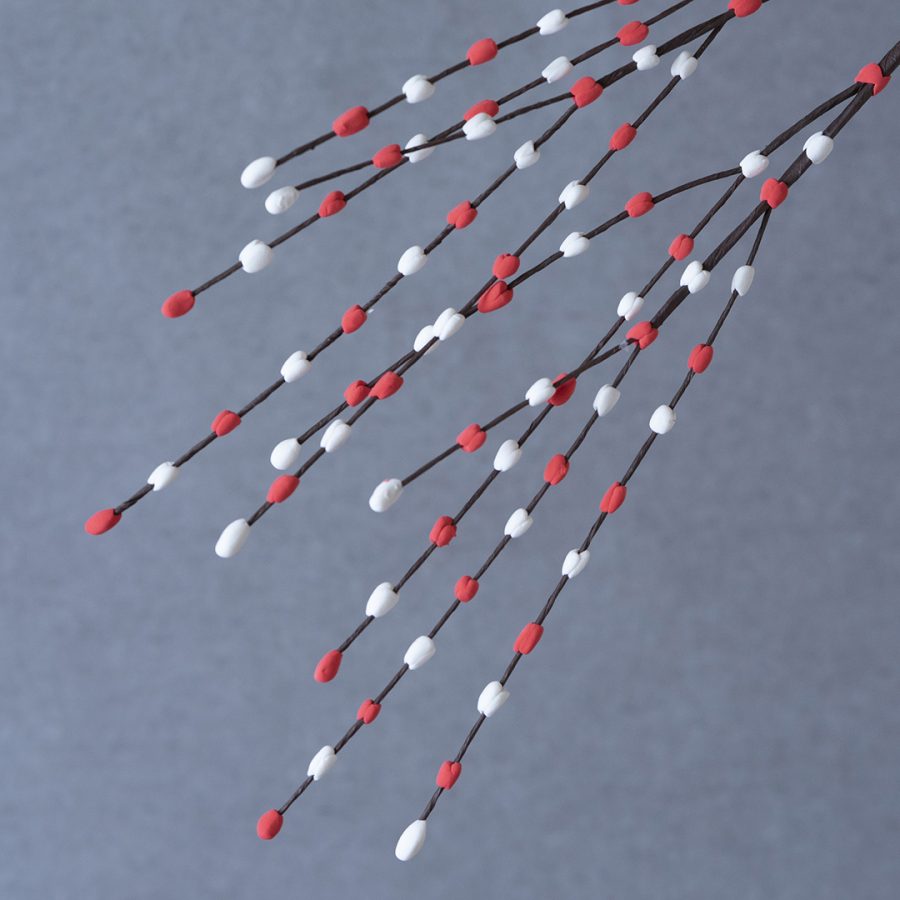 The 15th day is designated as Ko-Shogatsu based on the lunar calendar. Japan used to base a month on the waxing and waning of the moon and celebrated the first full moon of the year on January 15 as the beginning of the year.

While Oo-Shogatsu, the New Year’s Day is to welcome the god of the incoming year with kadomatsu and shimenawa decorations, Ko-Shogatsu is to display mochibana, tree branches decorated with red and white rice cakes and dumplings and wish for abundant harvests.

It is a custom to eat red bean and rice porridge with pieces of kagami-mochi celebratory rice cake on the morning of the Ko-Shogatsu day. This custom originated in ancient China, where eating something red was believed to expel evil spirits. Red bean porridge began to be eaten in Japan for a perfect state of health after the belief was introduced. The use of words, such as “azuki-gayu (red bean porridge)” and “jugonichi-gayu (fifteenth-day porridge),” as seasonal terms for the New Year implies how much people have long valued this event.

In addition, on this day fire festivals, including “Sagicho,” “Dondo-yaki,” and “Dousojin-matsuri,” take place at shrines nationwide, where New Year’s decorations, along with amulets and good luck charms from previous years, are burned to wish for family safety and a perfect state of health and to end the festive New Year’s celebration.