Appreciating the Service of Needles in “Hari Kuyou” 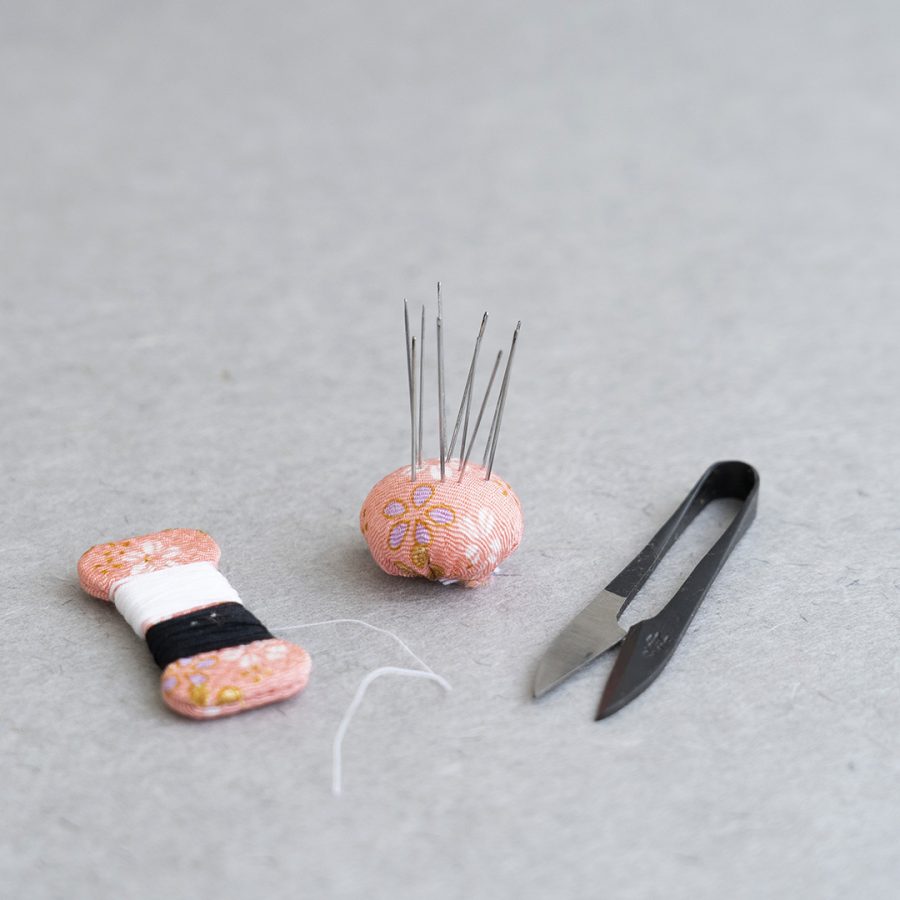 Hari kuyou, or needle mass, is the traditional event to pray for the repose of needles deteriorated and no longer in use and for improvement of sewing skills. The event generally takes place on December 8, the day of the last celebration of the year, in western Japan and on February 8, the day of the first celebration of the year, in eastern Japan. Some regions hold the event on both days.

It is the Edo era when the custom is said to have begun. Needlework to tailor kimonos was an important task for women in those days, and needles were essential tools for the operation. The custom to thank and reward the needles for their service once a year became prevalent for that reason.

The method of praying for their repose vary by region, from placing a piece of tofu or yam cake with needles inserted in it in the needle grave of a shrine, to throwing it into a river or burying it in the ground. Needles are inserted into something soft to express appreciation by letting the needles that have completed their service rest in peace somewhere soft and help them attain Buddhahood.

Kari kuyou is held across the nation, but it is most commonly held at the Awashima Jinja shrine in Wakayama Prefecture, as well as at other shrines that worship Awashima no Kami of the Shinto religion.