“Tori-no-Ichi” to Pray for Thriving Businesses 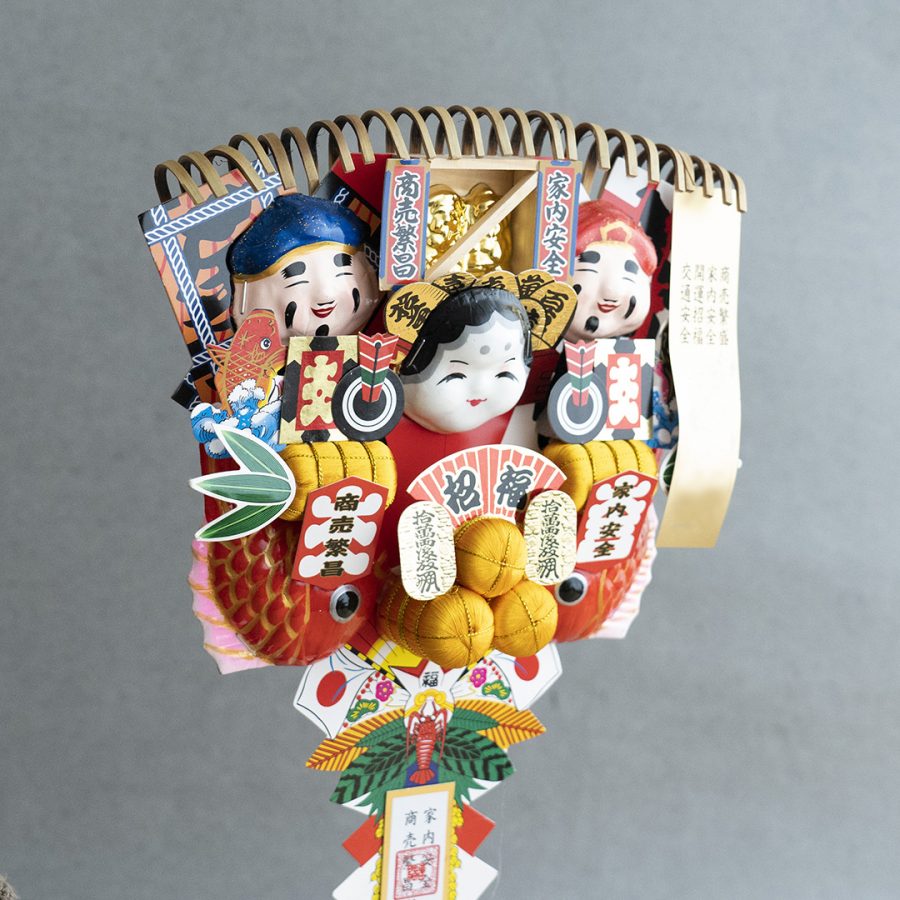 As for the origin of the festival, there are two theories: one is that legendary prince Yamato Takeru no Mikoto prayed for a victory at Asakusa’s Ohtori Jinja shrine on his way to subjugate Eastern Barbarians around the turn of the first to second centuries. He later offered a rake from his armor at the shrine to celebrate his victory.

The other theory of the origin is that farmers in the Edo Era celebrated autumn harvest and offered roosters at the Ootori Jinja shrine (Adachi Ward, Tokyo). The Tori-no-Ichi Festival has been held from the Edo Era to this day at both shrines and has evolved into a festival for successful business and family safety.

The symbol of this festival is the Good Luck Rake, popular among Edoites as it was believed to scrape luck and happiness together. It is a lucky charm vibrantly decorated with ornaments of good luck, such as the Seven Deities of Good Luck; pine, bamboo, and plum flowers; oval gold coins in large and small sizes; a lucky mallet; a red sea bream and rice bales. Kumade-no-shodan, where an energetic rake seller and a buyer bargain over the price of a rake, is another feature of the festival. The discount amount is said to be equivalent to the amount of good luck brought to the buyer. The buyer, however, will not pay the reduced price, instead paying the original price and offering the discount amount to the rake seller as a gratuity. This is considered a culturally savvy way to buy a rake. When the rake is finally handed to the buyer, a ceremonial three-three-seven rhythmic handclapping is performed with the surrounding visitors to pray for the buyer’s happiness.