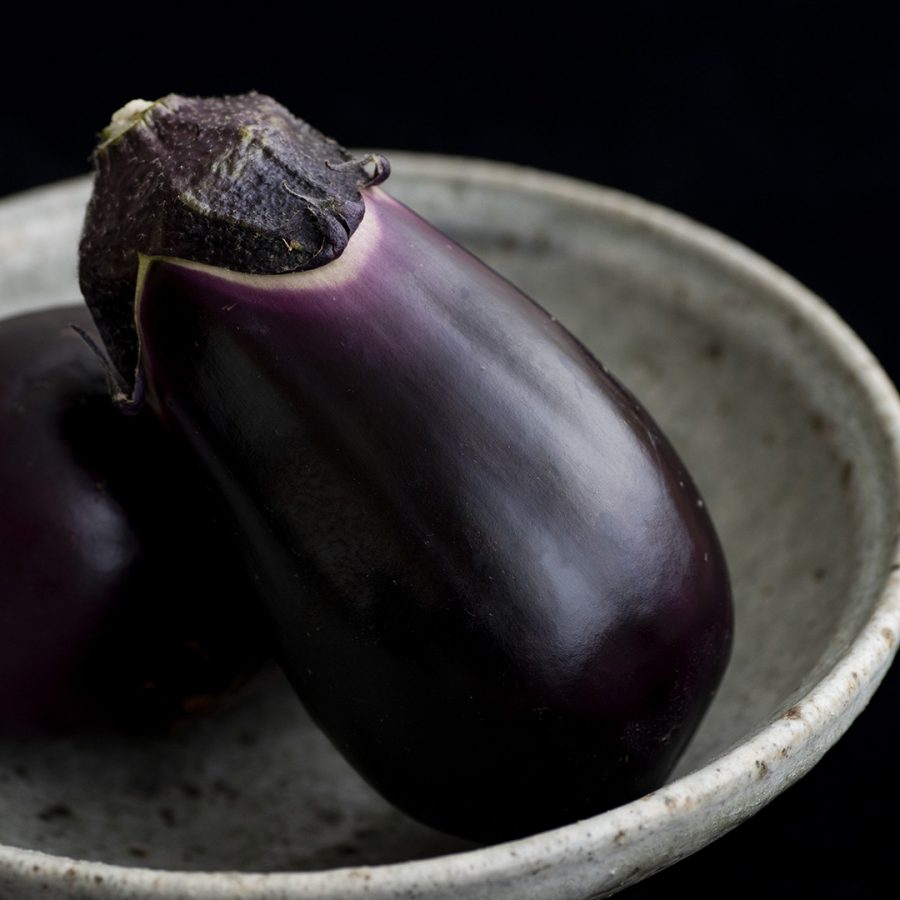 The beautiful glossy bluish-purple eggplant is one of the typical summer vegetables of Japan. Introduced in Nara Era, eggplant is repeatedly bred all over Japan and has great variety.

The egg-shaped senryo-nasu eggplant is mainly consumed in Kanto and Tohoku areas and the spindly and long naga-nasu in western Japan. The kamo-nasu eggplant produced in Kyoto since ancient times is one of the round maru-nasu eppglant varieties. Komaru-nasu, which is one size smaller than the other varieties, is perfect for making into pickles.

Eggplant is the third good luck item to be dreamed about in the first dream of the year, as expressed in “Mt. Fuji for the first, hawk for second, and eggplant for third.” One of the various theories about the origin of the eggplant as one of the three objects is because eggplant was the favorite food of Tokugawa Ieyasu, the founder and first shogun of the Tokugawa government.