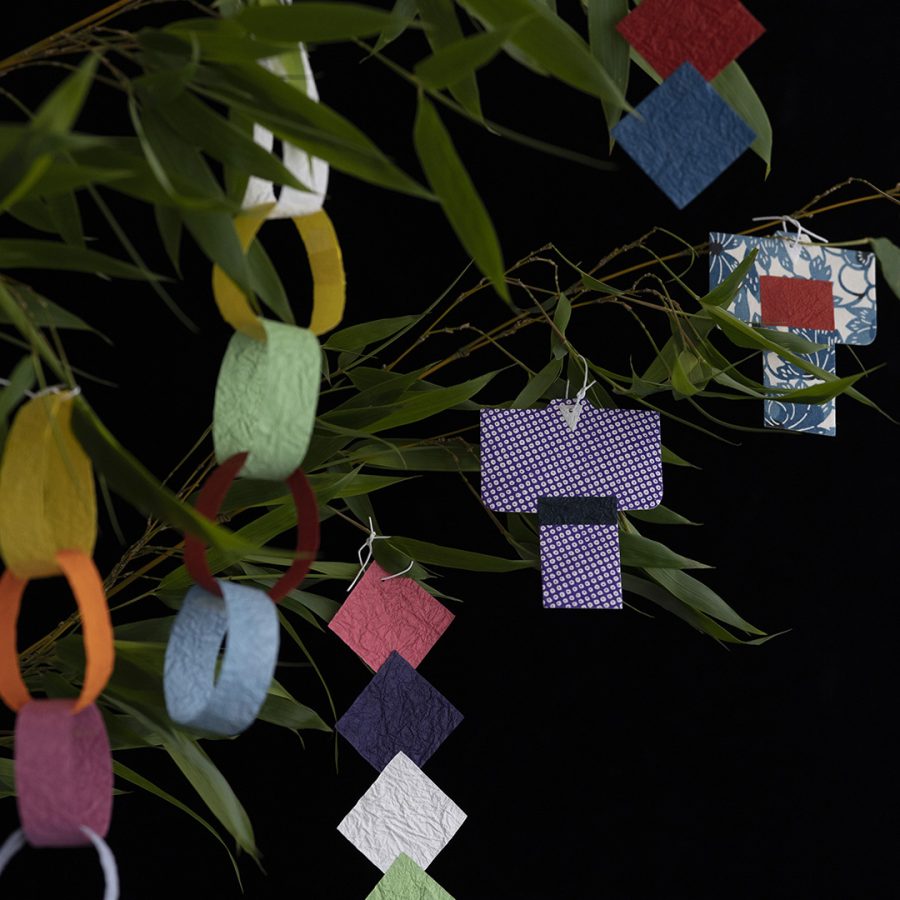 Tanabata, or the Star Festival, is on July 7th. It is the only one of five seasonal festivals of the year that derives from celestial phenomena. The sky is covered with clouds on many days in this season, but “Orihime-boshi” Vega and “Hiko-boshi” Altair will twinkle in the sky one month later, around the day of Tanabata in the lunar calendar.

Orihime, a daughter of the Lord of Heaven, is skillful with her fingers and a great weaver. The Lord marries her to Hiko-boshi, a cattle herder who is also reputable as a diligent worker. The couple enjoy each other’s presence so much and spent so much time together that they eventually stop working. Upset with the two, the Lord decides to separate them with the Milky Way in between.

The couple are only allowed to meet each other once a year on July 7th. Tanabata was originally an event when people wished for Orihime’s luck to improve weaving and learning skills. In this season various wishes written on strips of paper attract viewers, but this year why don’t you write something you wish to improve? Maybe Orihime will take a look.