The Doll Festival is also commonly known as the Peach Blossom Festival.

It was traditionally believed that people would easily become possessed by an illness or an evil spirit during a seasonal festival, or “sekku”, between two seasons. People in the Heian Era prayed for safety by transferring their sin or misfortune to a doll and floating it down stream.

It was not until the Edo Era that dolls were made by craftsmen and gorgeously displayed as in modern times. This was when advanced technology helped create more meticulous, expensive dolls and the customs to display them at home emerged.

Foods, including clams, hina arare (petit rice crackers), and hishi mochi (lozenge-shaped rice cakes), are offered to pray for girls’ health growth and happiness. Clams are considered good luck charms and a symbol of conjugal harmony because each clam only fits its own shell, not those of other clams. 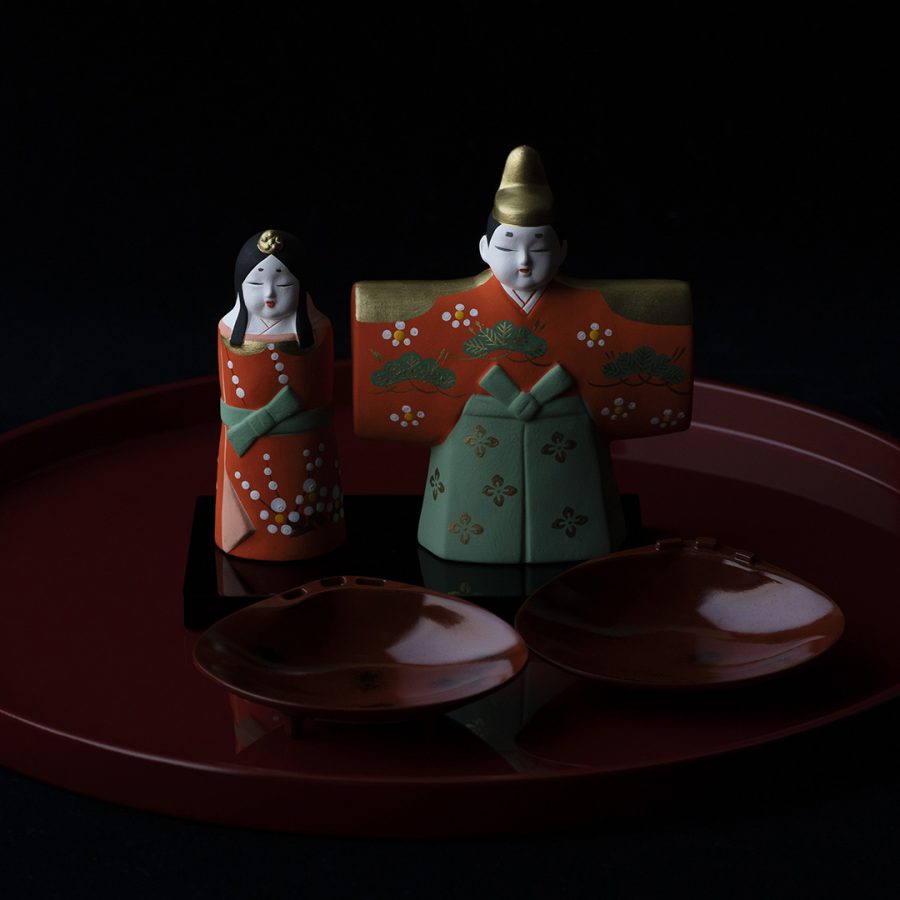