Plum Blossoms: The Flower of the Reiwa Era

Plum blossoms bloom when it is still severely cold.

Modest, but still beautiful and strong, plum blossoms signal the arrival of long-awaited spring and soften the viewers’ hearts.

The plum is said to have originated in China and was brought back to and popularized in Japan during the Nara Era by envoys to Tang Dynasty China. The flower has long been loved by the Japanese and is used as the subject in a number of Japanese waka poems. Among them, the preface to 32 poems dedicated to plum blossoms collected in Manyo-shu, Japan’s oldest anthology of poems, gathered public attention when it inspired the name of new “Reiwa” era.

“It is now the choice month of early spring; the weather is fine, the wind is soft. The plum blossoms open – powder before a mirror; the orchids exhale – fragrance after a sachet.”

At a flower viewing gathering, each guest was invited to read a poem that appreciates the beauty of plum blossoms from their own perspective. The image of the scene is just so peaceful and graceful. 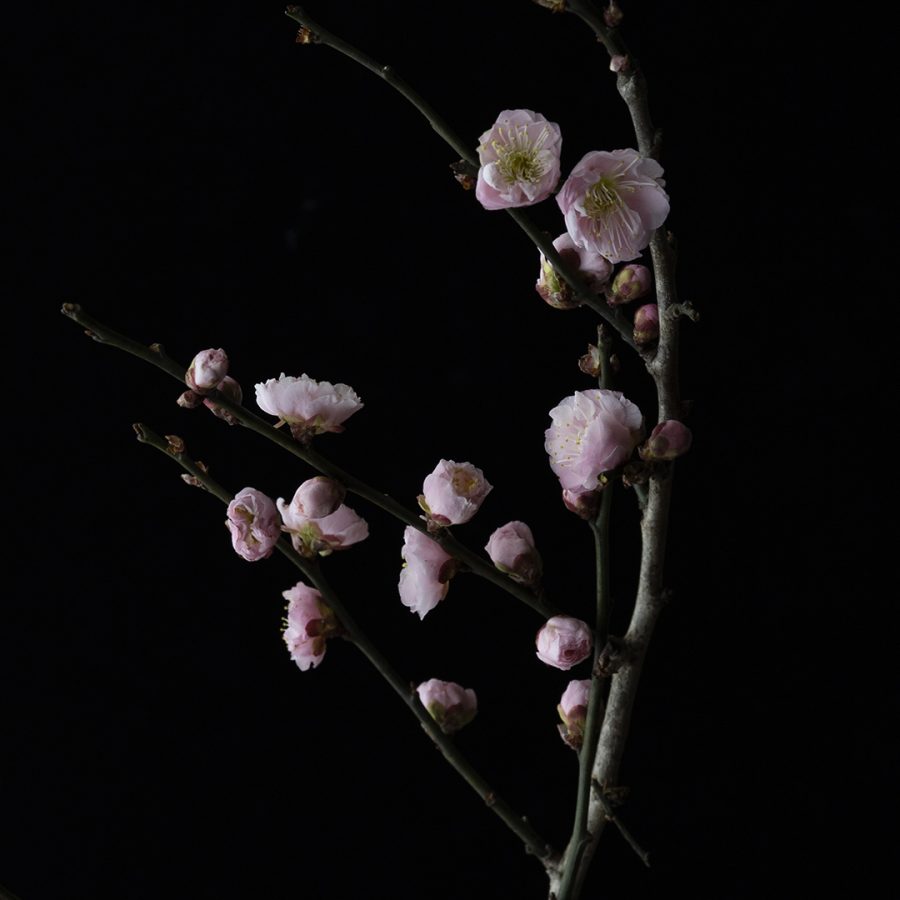